Autumn in the Amazonian selva is not only the time of a decrease in precipitation and a drop in water levels in reservoirs, but also the breeding season for reptiles and fish. Taking advantage of the moment, the staff of our Ecolodge cleared from silt one of the reservoirs for breeding fry. We have agreed in advance with the Instituto de Investigacion Amazonica to purchase 250 tilapia fry. We released them into our pond, into which water comes from a mountain spring higher up the slope. 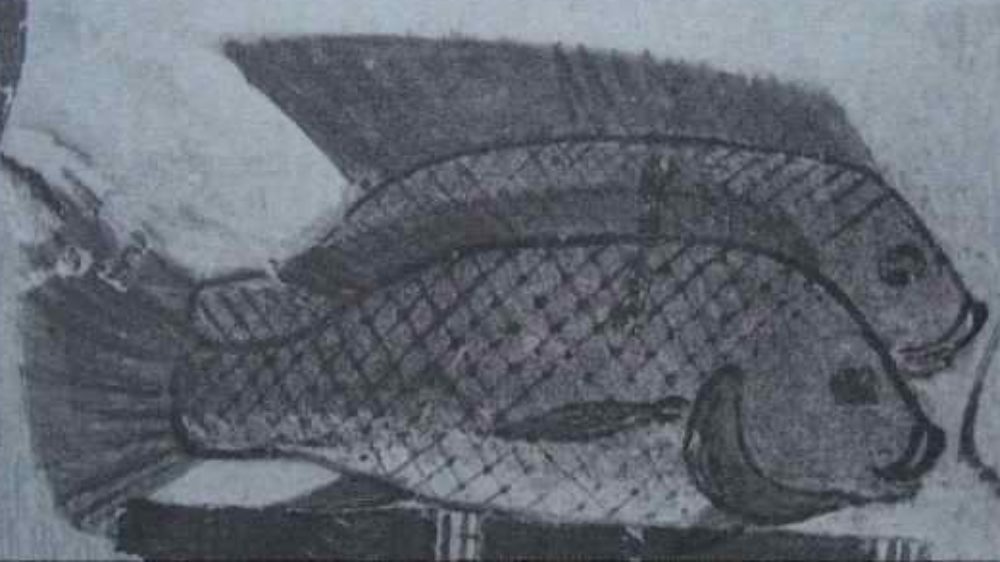 Tilapia was appreciated by the ancient Egyptians very much.

Tilapia was introduced to South America by European colonists. This is one of the most unpretentious and easy-to-breed fish (it also grows quickly under natural conditions). In fact, hundreds of species of fish in the family of Cichlidae, originally from tropical latitudes, are referred to as tilapia. Be that as it may, in the Amazon there is a very popular dish of tilapia, wrapped in bihao leaves and cooked over coals. In addition, this fish is considered an assistant in the fight against Dengue fever, which is widespread in the topical regions: tilapia loves to eat the larvae of mosquitoes, which are Dengue virus carriers and multiply in water reservoirs. Another interesting feature of this fish is that the female hides eggs and even fry in her mouth from the dangers, making it impossible to eat for up to a week! 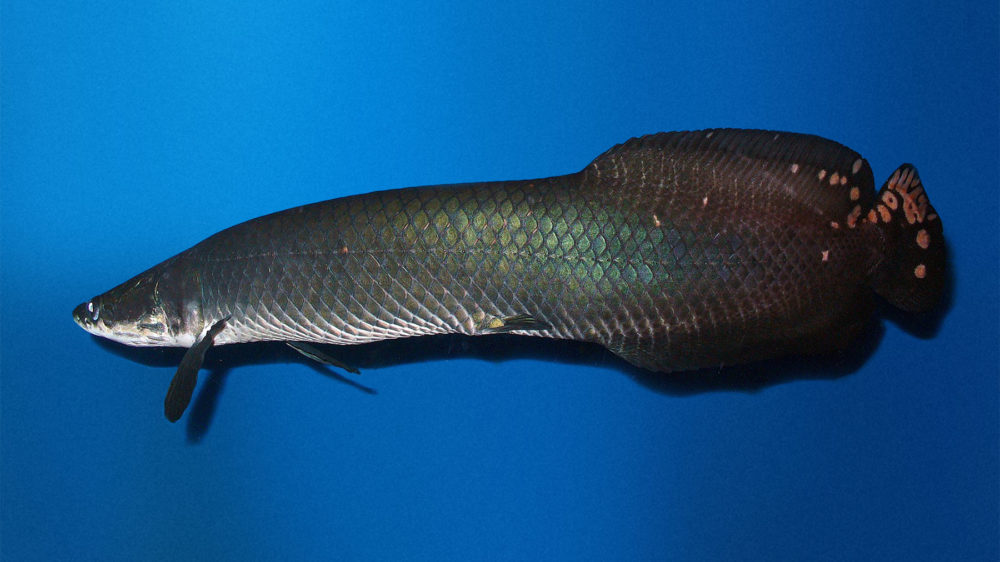 Arapaima gigas is a living fossil.

But there are in the Peruvian jungle many other prominent representatives of «water vertebrates» that deserve attention. The largest river fish in the Amazon and the second largest river fish in the world (after the Russian beluga) is paiche (lat. Arapaima gigas). This tropical freshwater ray fish grows up to 3 m in length and gains weight up to 250 kg. The uniqueness of this animal lies in the fact that it has survived to this day practically unchanged since the Miocene epoch. Proof of this are the fossils found during excavations in the Villavieja Valley in Colombia, which date back 5-23 million years. In fact, arapaima is a living fossil. In the Amazon, paiche is considered a symbol of household prosperity, so you can often find images of a fisherman carrying this huge colossus. 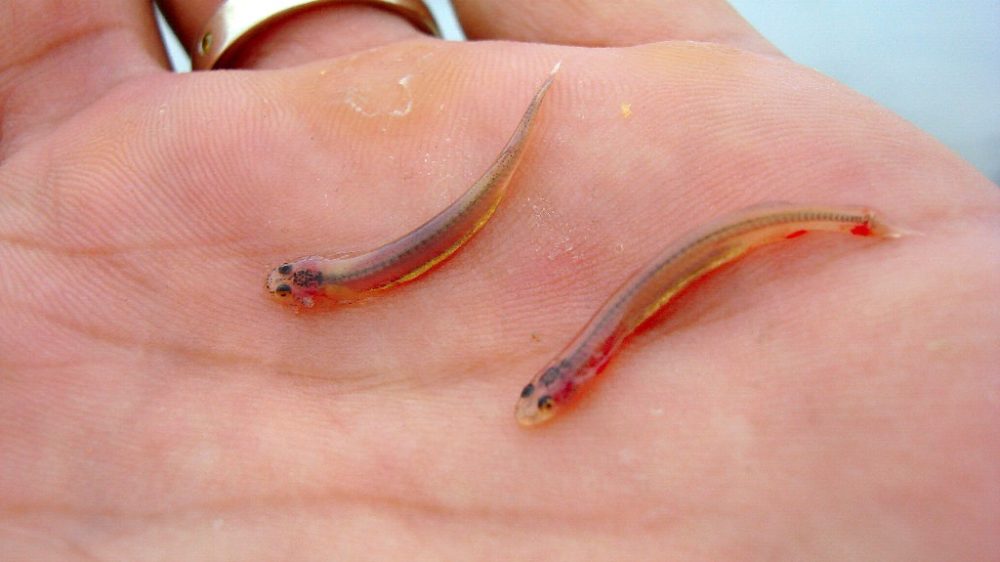 One of the most dangerous and most famous among the locals is the candiru parasite fish (lat. Vandellia cirrhosa). Sometimes you can hear how parents frighten their children: «Don’t pee in the water, otherwise a candiru will get into you». And there is some truth in this horror story. According to local residents, there were cases when a miniature parasite penetrated the vagina, penis or anus to people while bathing. To gain a foothold, the candiru opens its gills with needles, after which it is almost impossible to pull it out without surgical intervention… And this is if there is a surgeon in the settlement! Because local doctors, as a rule, to save the lives of fellow tribesmen, resort to radical methods that involve cutting off some limbs to remove harmful fish from the body. Fortunately, 100% proven cases of penetration of this parasite into the human urethra are still unknown.

In addition, the Amazonian waters are home to many unique and amazing animals. Among them are pink dolphins, and mustache-striped catfish, also known as tiger pseudoplastomas (lat. Pseudoplatystoma fasciatum), and lower-mouth chain-mail catfish, similar to armored knights, also known locally as carachama (lat. Pseudorinelepis genibarbis), charming manatees (or «sea cows»), as well as a huge variety of so-called aquarium fish. Nevertheless, the most famous Amazonian fish was and remains the piranha (lat. Serrasalmus). There were about it that most of the legends, horror stories and even films have been made. This amazing inhabitant of the Amazon is the most important orderly, saving the reservoirs of South America from sick, injured or dead animals. Cases of piranha attacks on humans are quite rare and are associated either with the presence of a bleeding wound or with abnormal changes in water temperature. 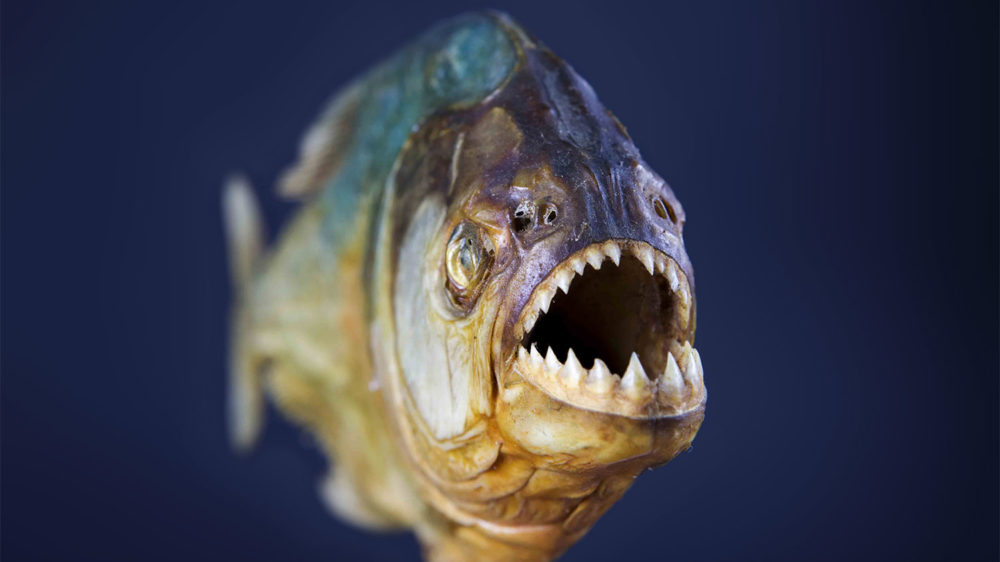 Usually piranhas do not attack humans.

With the onset of the dry season (the so-called winter), the fishing season begins in the Amazon. It is in June that the water reservoirs become shallow, fish often seeks to get out of its shelters. And it is at this time that sports fishing enthusiasts come to Latin America in search of a successful bite. 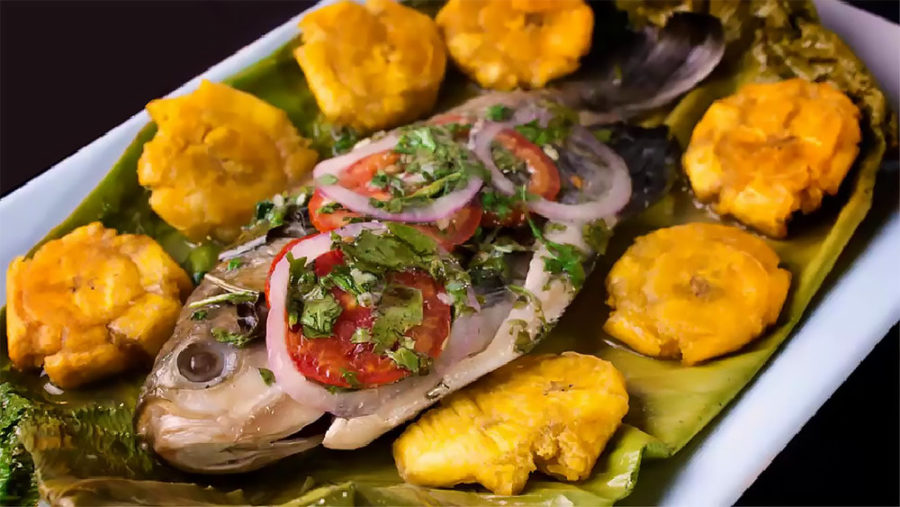 Patarashka is one of the traditional Peruvian dishes that can be tasted at the «Cordillera Escalera» Ecolodge. It is a charcoal-grilled, spiced fish wrapped in bihao leaves and served with boiled or fried bananas.

Returning to the beginning of this post, the staff of the «Cordillera Escalera» Ecolodge have already released the first trial batch of tilapia fry into our natural reservoir. If everything goes well, then, having trained on an unpretentious fish, we will continue the experiment and deal with larger species, namely the paiche. Already, work is underway to prepare a large reservoir called «Lago Lindo» for breeding the royal fish of the Amazon, which we will tell about in the following news.