Cordillera Escalera / News / «The Golden Cockerel» of the Amazonian Jungle

«The Golden Cockerel» of the Amazonian Jungle

We have already wrote about the reptiles and fish of the Amazon. This time it was the turn of the feathered inhabitants of the selva. Recently, our guests said that at dawn they went out for a walk through the territory of our Ecolodge and saw on a tree a very beautiful fiery red bird with black wings and a tail. They were delighted and amazed at its bright color and unusual tuft shape, which resembled a large disc! What a miracle was it? 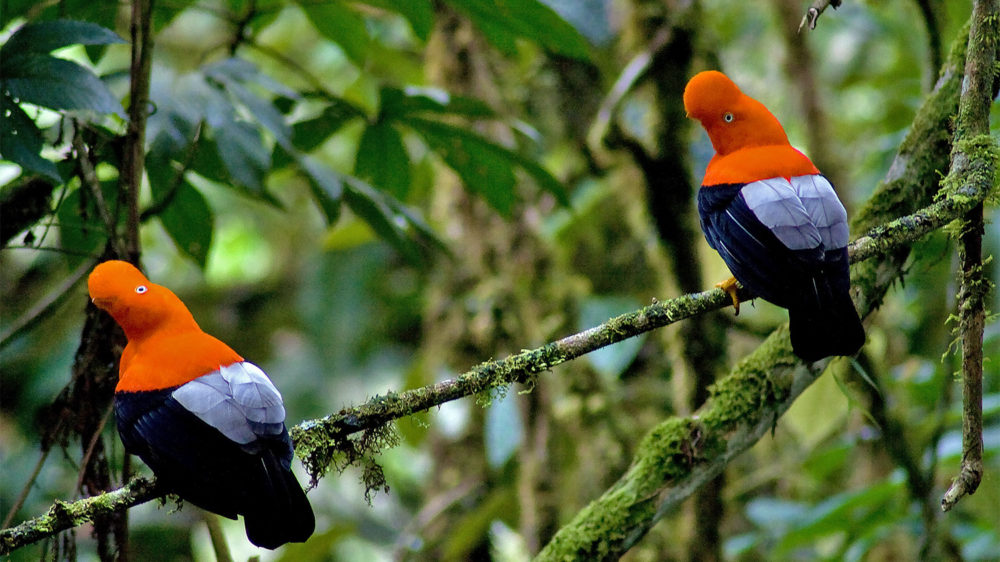 Nature has awarded the male Gallito de Las Rocas with a bright color and an unusual tuft in the form of a large disc.

Our guests were lucky enough to see a very rare species of birds – Gallito de Las Rocas (Lat. Rupicola peruvianus) from the Cotingidae family. It was for the first time described by the famous German traveler and naturalist Alexander von Humboldt (1769-1859). Together with his French colleague Bonpland, he explored the flora and fauna of Colombia, Venezuela, Peru, Cuba, Mexico… By the way, it is interesting that in 1829 Humboldt, at the invitation of the Russian government and at his expense, made a trip to the Urals and Siberia to explore the local ore deposits… 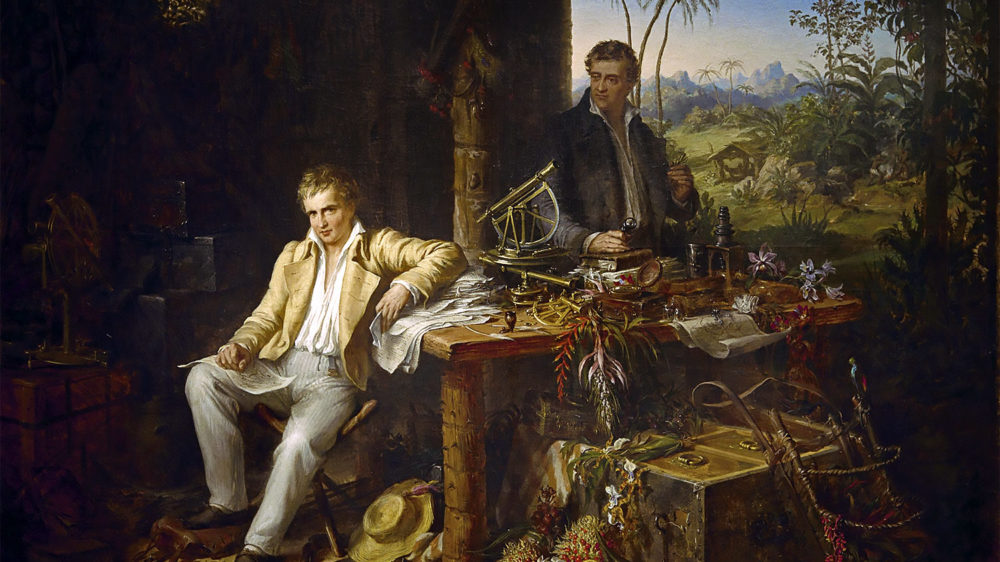 In fact, Gallito de Las Rocas (or Andean cock-of-the-rock) was known in the pre-Columbian era, before the Spanish colonization. Images of this bird are found on ancient pottery from various South American cultures. Due to its bright red plumage, Gallito de Las Rocas was declared the National Bird of Peru by presidential decree in 1941, during the reign of Manuel Prado y Ugarteche (1889-1967)! By the way, this president is also known for starting the nationalization of the oil industry, as well as under him, as a result of the 1941-1942 war between Peru and Ecuador, the first country gained control of about 200,000 square km of the Amazonian selva. The conflict escalated in 1981 and 1995, until in 1998 Ecuador finally recognized the transfer of disputed territories to Peru. 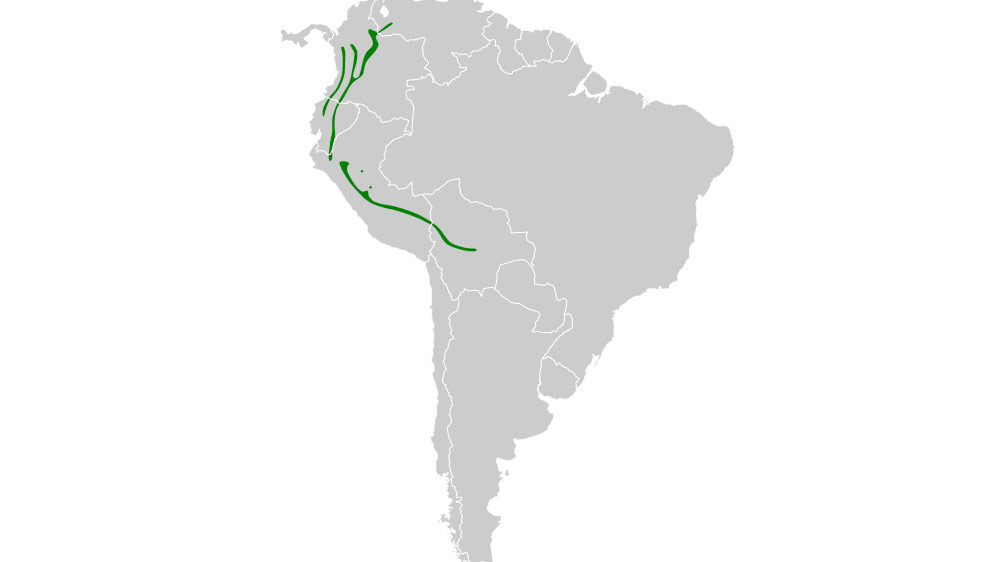 Map of the living area of the Andean cock-of-the-rock in South America.

A striking feature of the Andean cock-of-the-rock is the so-called sexual dimorphism. Nature has awarded the males with a bright color, including the mentioned tuft, while the females of this species, as a rule, are inconspicuous and painted in gray-brown shades. The mating season is in the spring months – October-November. At this time, males gather in special glades hidden in the thickets of the upper Amazon jungle. Mating competitions can include up to 50 males and last for several days. 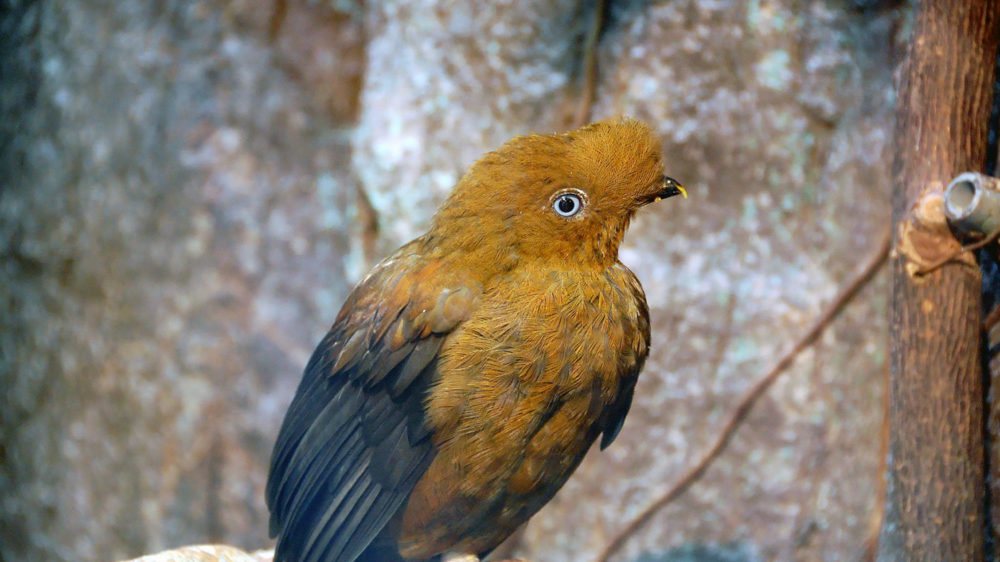 Females of the Rupicola peruvianus species are usually nondescript and tinted gray-brown.

At this time, the competitors dance and sing, dissolve their beautiful plumage, trying to charm the female, which sits imperceptibly in the bushes. At such a moment, males are at great risk: they demonstrate themselves with their singing and can become easy prey for predators such as hawks, snakes, ferrets and coais. The female chooses the male, who, ignoring the danger, comes to the competition and performs a bright dance and sings loudly. Alas, not all males reach the final of the competition. And then a «happy family» is not formed: after mating, the female alone builds a nest of clay in a protected place on a rock or in a small cave and incubates eggs. 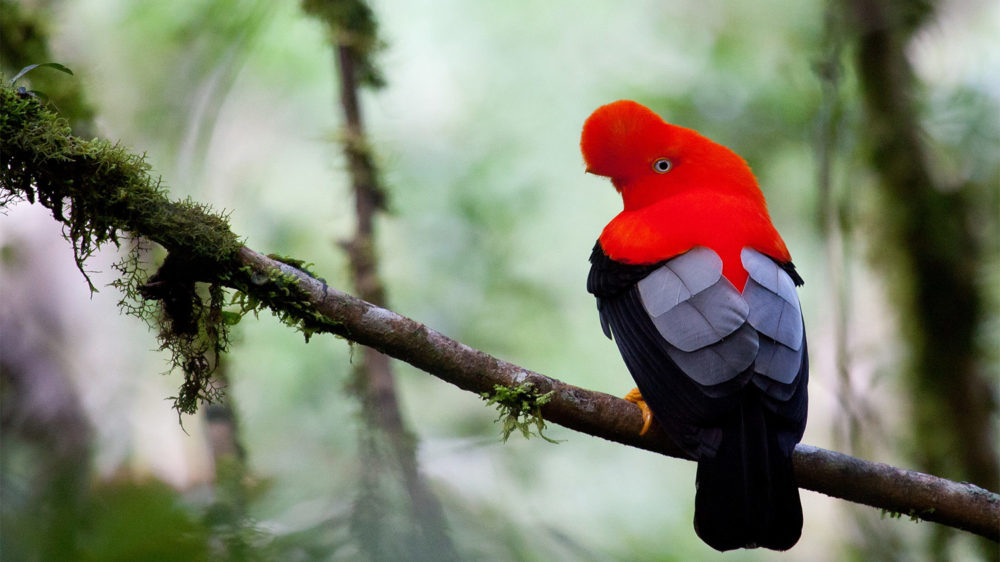 Because of its bright red plumage, Gallito da Las Rocas has been declared the National Bird of Peru!

The beauty of the Andean cock-of-the-rock not only helps birds in mating games, but also became the reason for this species becoming in great demand among exotic lovers all over the world. The demand for this bird is so high that the price per bird on the black market ranges from $ 5,000 to $ 7,000. On the other hand, representatives of Gallito da Las Rocas are spread over a total area of 260,000 square km in countries such as Venezuela, Colombia, Peru, Ecuador, Bolivia, and are not considered endangered. The Andean cock-of-the-rock usually lives at an altitude of 500-2500 m above sea level, preferring wooded streams and rivers or gorges.

Gallito de Las Rocas is just one of the rare and exotic bird species. In fact, the Peruvian Amazon is home to a huge number of unique bird species. Among them are huge, mysterious Harpies (Lat. Harpia harpia), and miniature hummingbirds, and a huge variety of parrots, storks, owls, and even one of the most ancient species of birds – Hoazins, or Shansho (Lat. Opisthocomus hoazin).

The Hoazin (or Shansho, as it is called in the Amazon) is one of the most ancient birds on Earth.

By diversity of birds Peru is ranked third in the world. There are 1,858 species in the country, of which 100 are endemic. Geographical location, climatic conditions, special evolutionary factors – all this makes Peru the best place for bird watching. Moreover, 70% of the biological diversity of the entire planet is concentrated in this country. 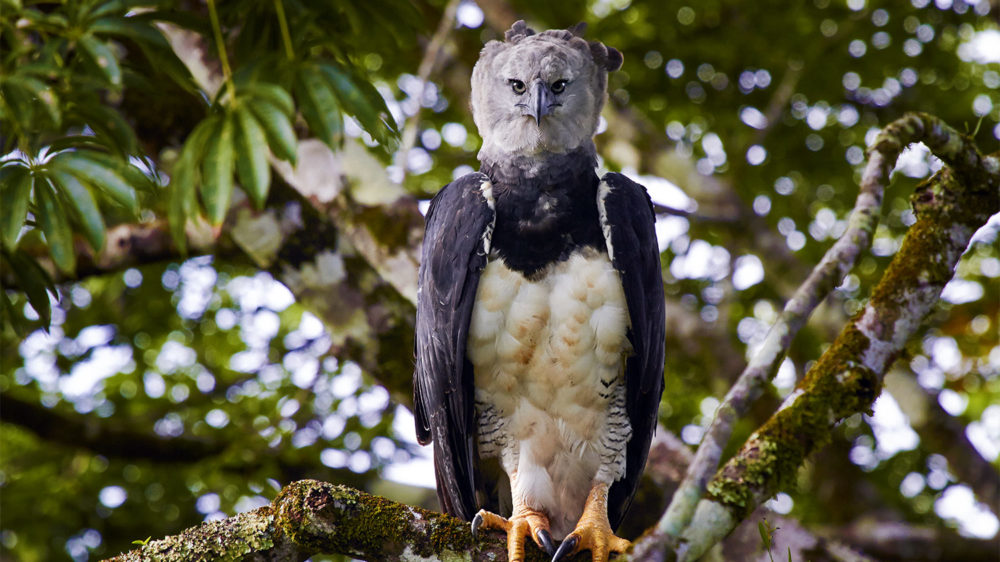 Ecolodge Cordillera Escalera is located at the foot of the mountain range of the same name. The unique geographical and climatic conditions allow our guests to fully enjoy the acquaintance with the magical world of the jungle! We are waiting for you in our Amazon! 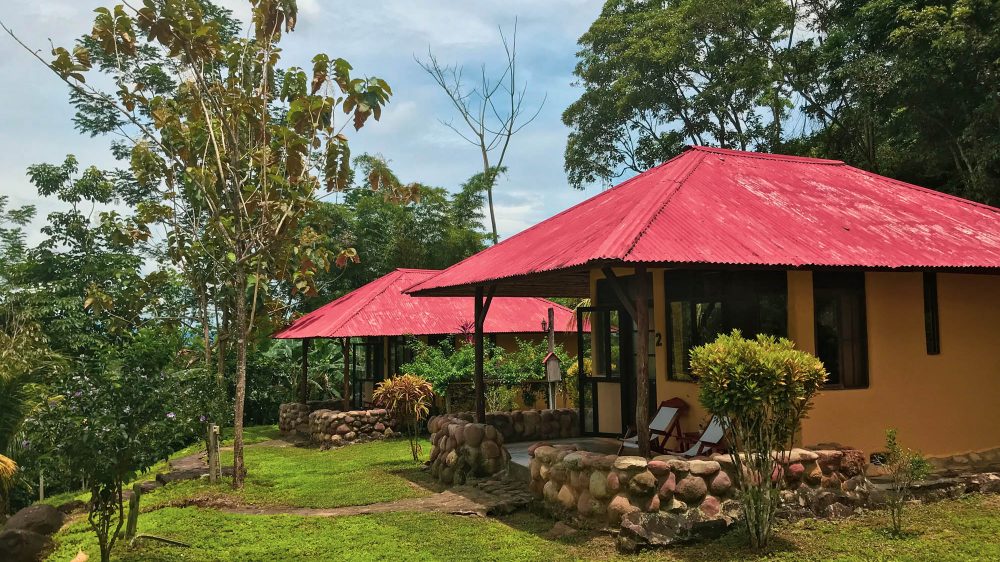 Rare birds of Peru can be seen without even leaving the territory of the Ecolodge Cordillera Escalera.

PS. Talking about birds in Peru, it is unforgivable to say nothing about a person who has devoted his whole life to studying and saving birds. Jose Antonio Otero is the owner of the largest bird zoo in Peru, El Huayco, and the founder and partner of the CORBIDI Center for Ornithology and Biodiversity. Since January 27, 2007, this national scientific institution is keeping the most complete catalog of birds in Peru. At the zoo, birdwatchers and veterinary students from all over the world practice and conduct scientific research. Ecolodge Cordillera Escalera is very proud of its friendship with Jose Antonio. It was he who helped us acquire a pair of Indian peacocks for our friendly Ecolodge UNI RAO. They successfully gave birth to offspring, and recently a couple of beautiful peacocks arrived from Pucallpa – the descendants of the birds purchased from Jose.