December 25 marks the 15th anniversary of the founding of the first Regional Conservation Area in Peru – Cordillera Escalera (Spanish ACR – Area de Conservación Regional Cordillera Escalera), after which our Ecolodge is named. The Decree on the creation of this reserve was signed by the President of Peru Alejandro Toledo – as a result of the initiative of local fighters for the preservation of the environment and with the participation of the Directorate of the San Martin Region. Our ecohotel is located on the border of this protected area. 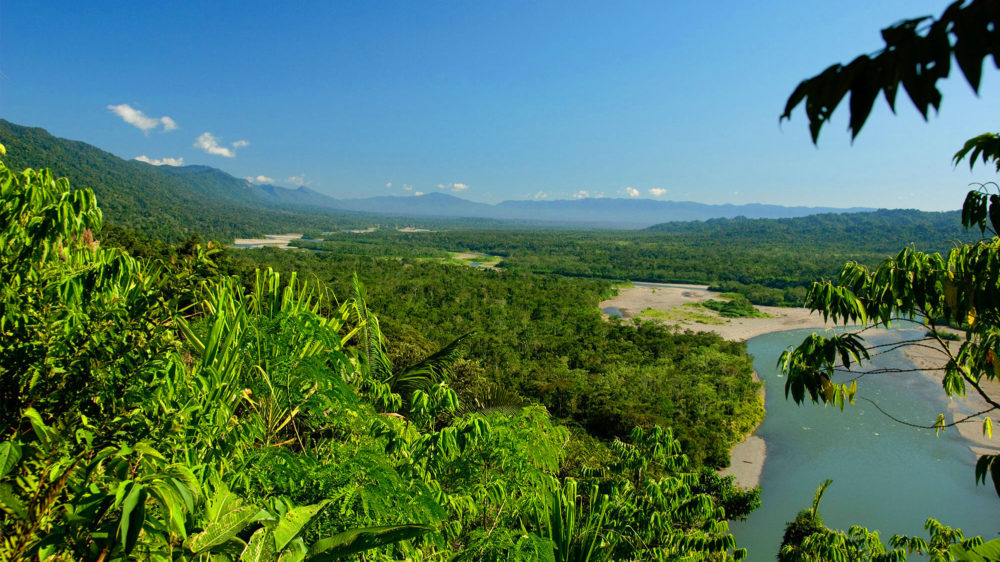 The mountain ranges, buried in evergreen forests with an area of almost 150,000 hectares, belong to the so-called Foggy Forest (Spanish Bosque nublado) category and play a vital role in the life of the region. Two rivers – Shilkayo and Cumbaza, feeding the cities of Tarapoto and Lamas, originate on the slopes of the Cordillera Escalera ridge. The climate in the region, temperature and humidity fluctuations are completely dependent on the ecological situation in this natural zone.

Unfortunately, in the pursuit of profit, many do not appreciate these treasures, given to us by nature. This is especially true of illegal lumberjacks: they leave empty areas, which take dozens of years to restore. Hunters exterminate rare animals and birds in their selfish interests, violating the integrity of the region’s ecosystem. A lot of rare and endangered species of representatives of the local fauna have been registered in our nature protection zone. Among them are such unique species as the Humboldt woolly monkey (lat. Lagothrix lagotricha), plain tapir (lat. Tapirus terrestris), blue andigena (lat. Andigema hypoglauca), puma (lat. Puma concolor), spectacled bear (lat. Tremarctos ornatus). 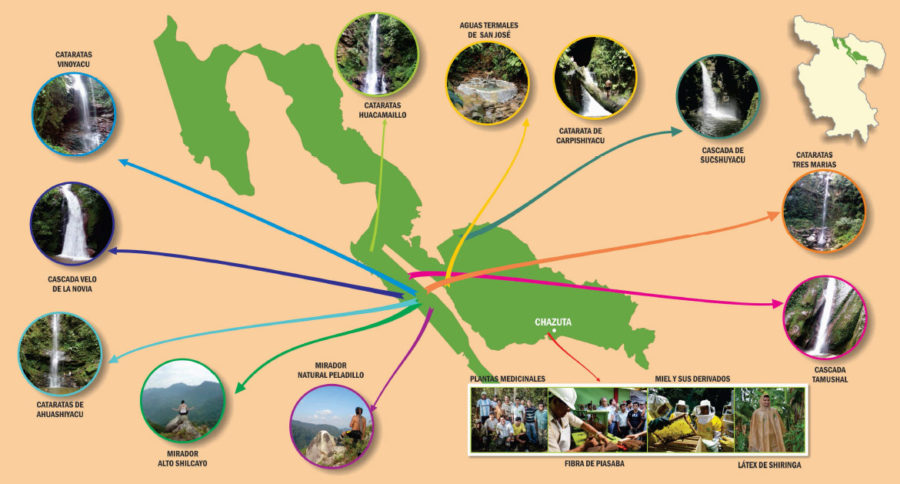 The Decree on the creation of the Cordillera Escalera Nature Reserve does not ignore the tourism sector, which occupies an important place in the economy of the San Martin region. Every year thousands of tourists come to Tarapoto to see with their own eyes the unique beauty of local waterfalls located in a protected area and therefore preserved in good condition. Among them: Ahuashiyacu, Bride`s Tears (Spanish Lágrimas de la Novia), Huacamaillo, Turuntunumba and Shanusi. Some of these waterfalls are on the hiking trails that start right outside the gate of our Ecolodge. In addition, many travelers are attracted to these lands by the mysterious drawings on the stones – Polish, which in the local dialect means «Clear plain». According to one version, they were left by the first inhabitants of the region, according to another, these drawings belong to the Chachapoyas culture.

By 2020, there are 25 Regional Conservation Areas in Peru. However, the reserve Cordillera Escalera was and remains the first of them. Our Ecolodge proudly bears this beautiful name. Happy birthday to our beloved reserve!