The Amazonian Kingfish now lives in our Ecolodge

Earlier we talked about the fact that we released 250 Tilapia fish fry into our pond for rearing, and that we were going to practice keeping small fish and start breeding larger ones. So, last week, we purchased and released 10 young individuals of a unique Paichi fish in our lake «Lago Lindo»! Thank you for your help in acquiring this natural rarity to Karol and Brenda, the owners of «Piscifactoria El Paraiso» — a professional Paichi nursery near the Tarapoto city. 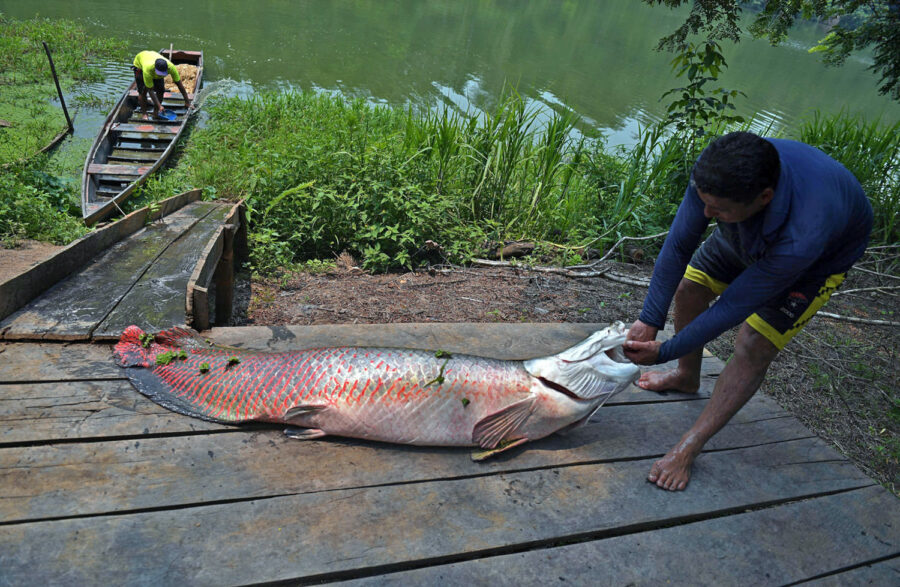 Paichi, Arapaima or Piraruku is the name of a fish from the Arapaimida family in various regions of South America. This is one of the largest freshwater fish in the world! According to the stories of local residents, individuals up to 4 m in length can be found in distant backwaters! But so far the officially registered record for this species is a fish 3.07 meters long and weighing 200 kilograms. In the last century, Arapaima was introduced to Africa and Asia, where it successfully adapted to local conditions. 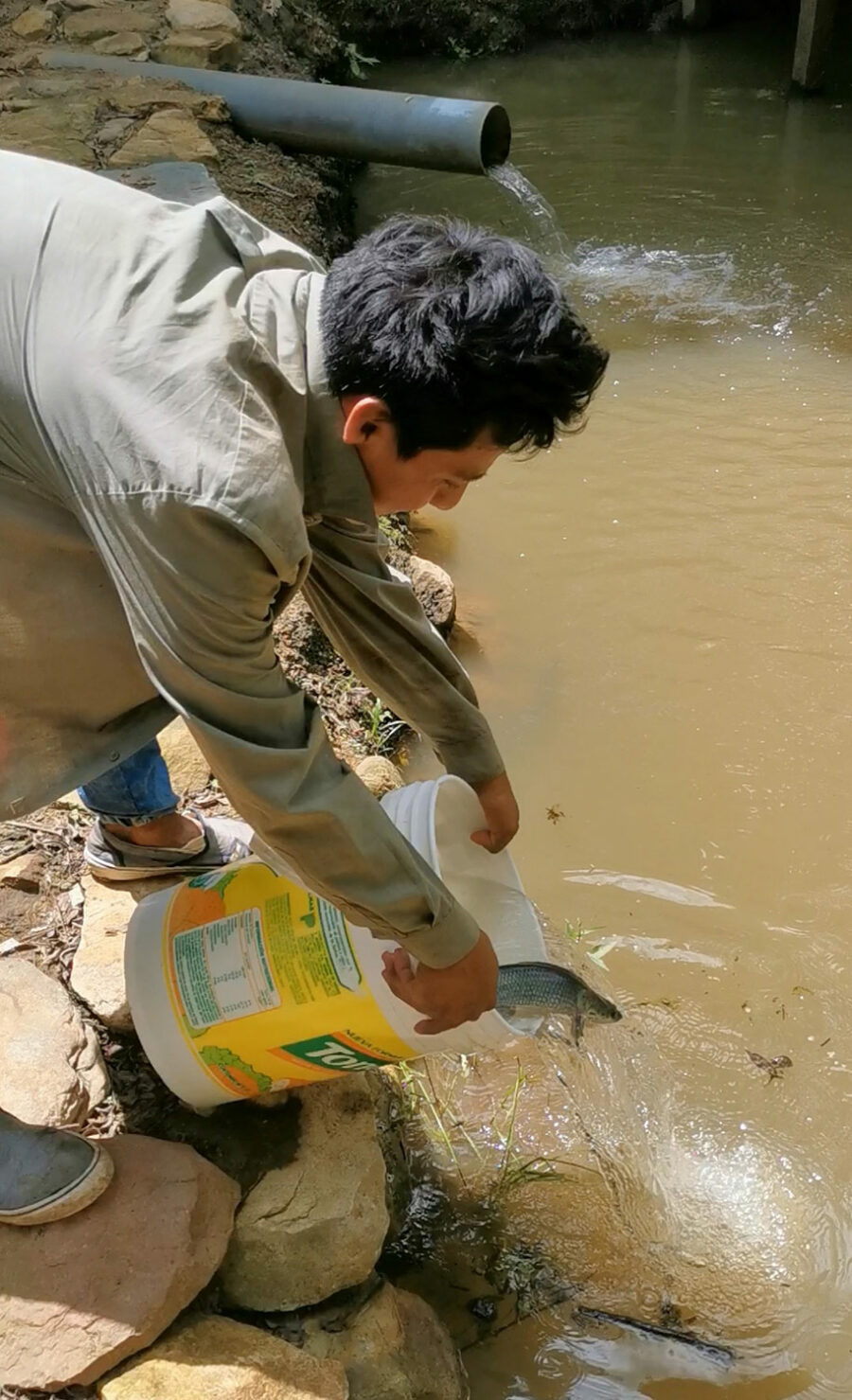 The biological features of this fish are worthy of a separate story: a unique dual respiratory system and very strong scales. The pharynx and swim bladder of the Arapaima are covered with so-called «lung tissue», which allows the fish to breathe ordinary air. Most likely, this feature developed in the course of evolution due to the low oxygen content in the fresh waters of the Amazon tributaries. That is why Paichi should pop up every 15-20 minutes to exhale and take air again. The scales of this fish are several times stronger than its bones! Studies have shown that the scales consist of several layers of strong fibers and each layer is located at an angle with respect to the previous one, which provides incredible strength! This characteristic allows the super-fish to quietly coexist with such dangerous predators as Piranhas. 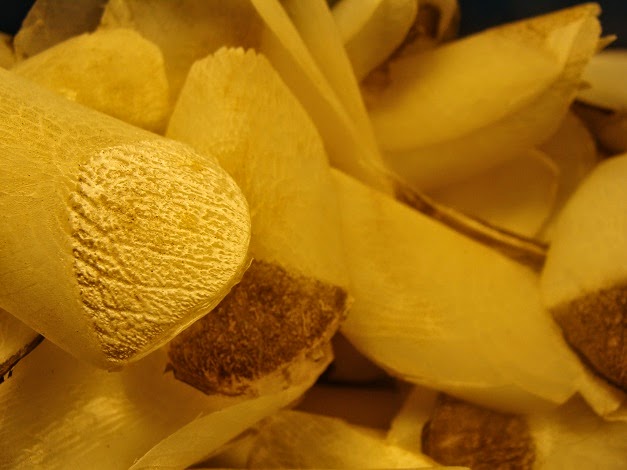 Features of respiration and scales provide protection for fish, but other than that, it should be noted that the Paichi themselves do a lot to preserve the genus — which is unusual for fish)), they take great care of their offspring. The male, after fertilization of the female, pulls out a special hole in the mud, where the female lays eggs. After that, both parents monitor the safety of the eggs. As a rule, the father looks after the nest, and the female drives away predators. After the fry hatch from the eggs, for the first few months they stay near the male’s head and feed on a special white substance secreted by special glands that are located on the head of the Paich behind the eyes. This helps to teach the fry to always be close to Dad’s head, and in case of danger they hide in his mouth! Parents surround the fry with enviable care for up to 3.5 — 4 months, after which, already grown-up individuals begin an independent life! 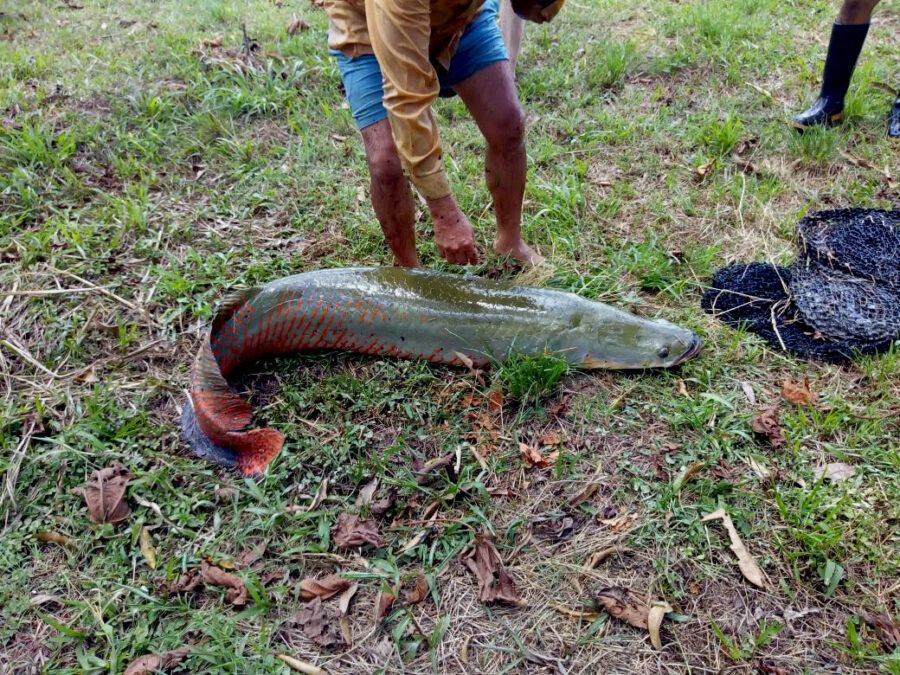 It’s incredible, but the Arapaima is a representative of a species that has survived for millions of years of the development of the fauna of our planet! This is proved by the fossils of Arapaima, which were found in the Miocene Villavieja formation in Colombia. According to scientists, these fossils are about 13 million years old! These unique specimens can be seen in museums in France, England, USA, Brazil, Guyana, Ecuador and Peru. 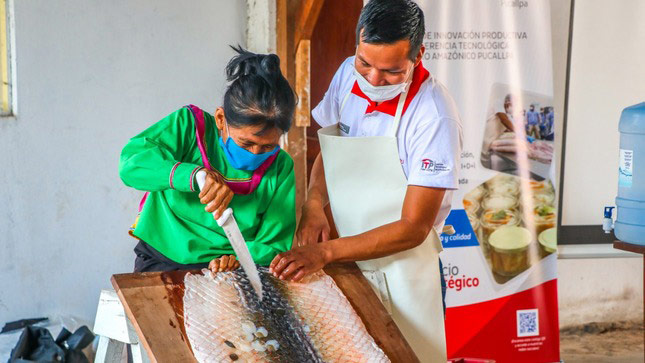 For the Amazonian tribes, Paichi has always been a very respected fish. Her tasty and healthy meat has always been appreciated. In many restaurants around the world, boneless steaks from red meat are Arapaima and are considered a delicacy. Scales are used in the household as an emery and an element of jewelry, and the actual «skin» is also used as well as the skins of mammals — for the manufacture of jackets, shoes and bags. 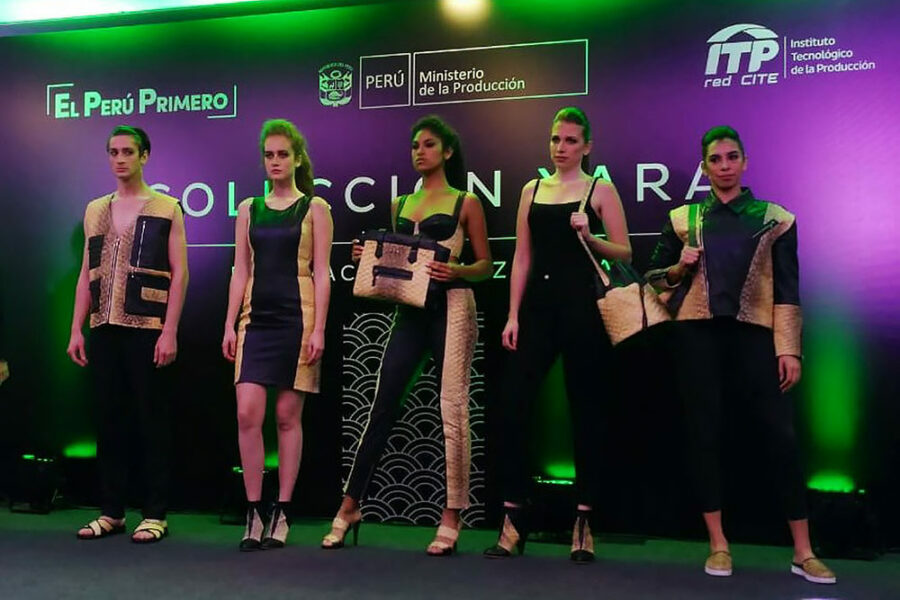 Here is such a unique fish settled in our «Lago Lindo», which is part of the natural tourist route on the territory of our Ecolodge «Cordillera Escalera»! We will keep you up to date on how young Paichi individuals mature. For our visitors, there will be an opportunity to personally feed our pets from the catwalk. It’s an amazing sight when huge fish jump out of the water to catch the food thrown for them. Come and see with your own eyes!