Cordillera Escalera / News / Mysterious stone from Peru can now be seen in the Crimea!

Mysterious stone from Peru can now be seen in the Crimea!

We recently donated one unique thing to the collection of our friends from the Museum of Fish and Fisheries in the city of Feodosia (Republic of Crimea). The history of a simple-looking stone with an engraved image of a fish can be describes as «It`s unbelievable!». 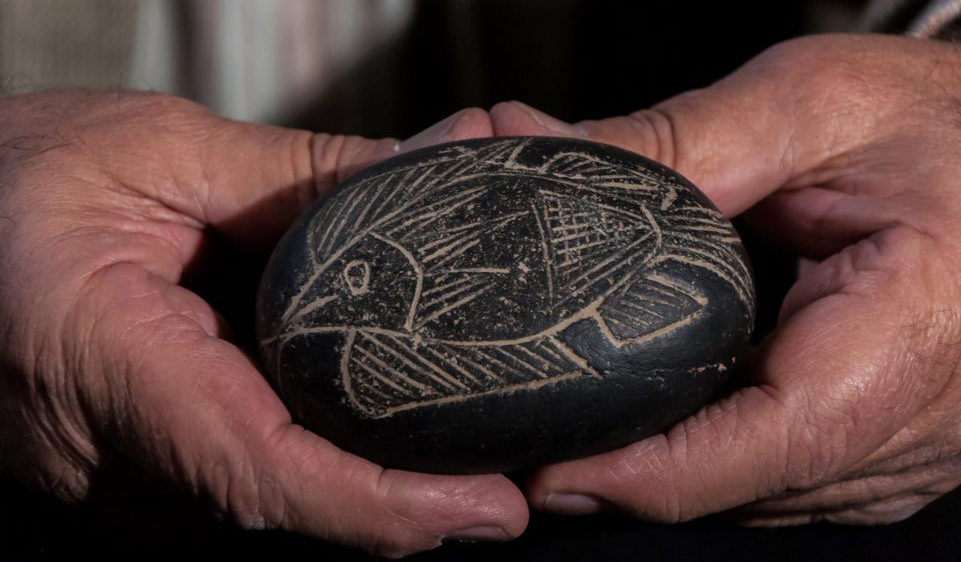 Among the many wonders of Peru, there is the phenomenon of the so-called «Ica stones». There are about 50,000 known such boulders collected in the Ocucaje District, 40 km from the Peruvian city of Ica. These andesite stones are run in by river water and bear engravings with various subject images made by representatives of pre-Columbian civilizations. Ica stones have various shapes and sizes, their weight ranges from 15-20 g to half a ton. The most common size is about the size of a watermelon. The color is usually black, but there are gray, beige and pinkish ones.

The Ica stones were made truly famous by Dr. Javier Cabrera Darquea (1924-2001) – a descendant of the Spanish conquistador Don Jerónimo Luis de Cabrera and Toleda, who founded the city of Ica in 1563. Professor of Medicine, Dean of the Faculty of Medicine at the University of Lima, founder of the medical school at the National University of Ica and founder of the Museum of Ica Stones, Dr. Cabrera began collecting his collection back in 1966. 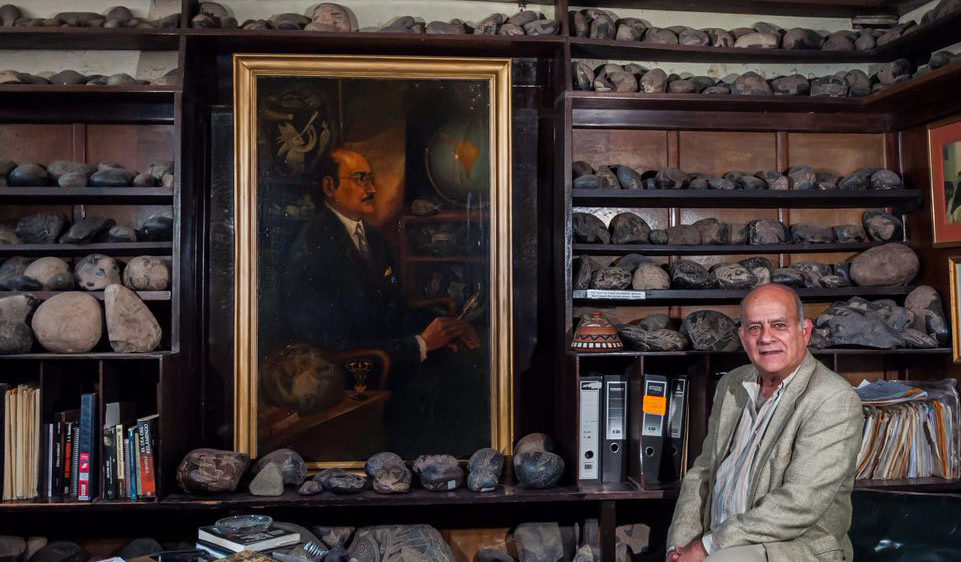 Over time, he revealed a pattern in the system of images: they are grouped in a series of 6 to 200 stones, forming a kind of library. In each plot, the size of the stones changes (increases), as well as the method of applying the image: from engraving to low relief techniques. The collection of Dr. Cabrera is not the only one, but the largest collection of Ica stones: it has about 15 thousand exhibits. 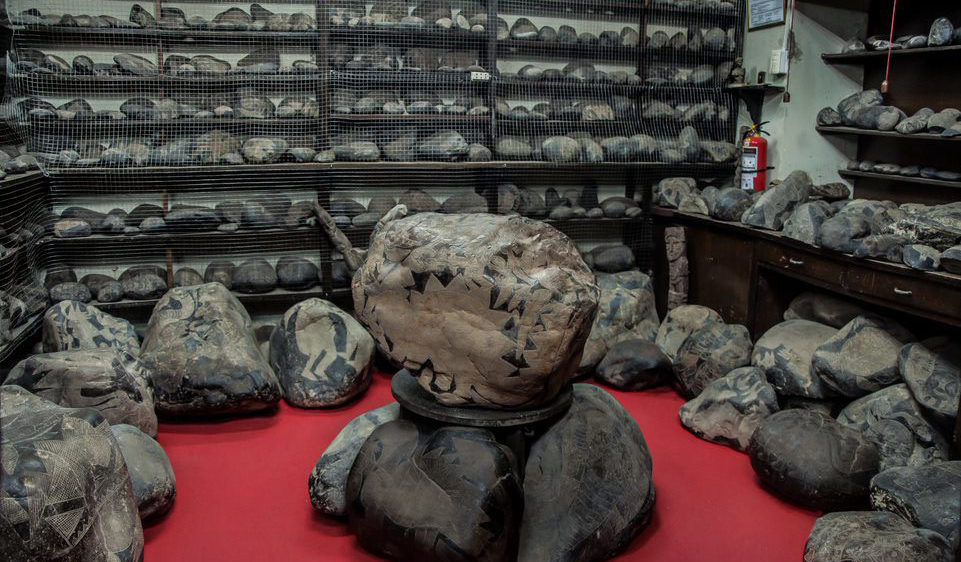 The result of Dr. Cabrera’s research was the book «The Message of the Engraved Ica Stones» (Spanish: El mensaje de piedras grabadas de Ica), published in 1976. In 1996, the doctor opened the Museum of Engraved Stones (Spanish: Museo de Piedras Grabadas) in the center of Ica, where his collection is now kept. It is currently called the «Science Museum of Javier Cabrera» (Spanish: Museo Científico Javier Cabrera). In Russia, the Ica stones became widely known after the release of the documentaries «The Secret of the Ica stones» from the series «Forbidden Themes of History», as well as «Dinosaur is a friend of human». An interesting view of the origin of boulders was put forward by Andrei Zhukov in his book «Ica Stones – the Message of an Impossible Civilization». 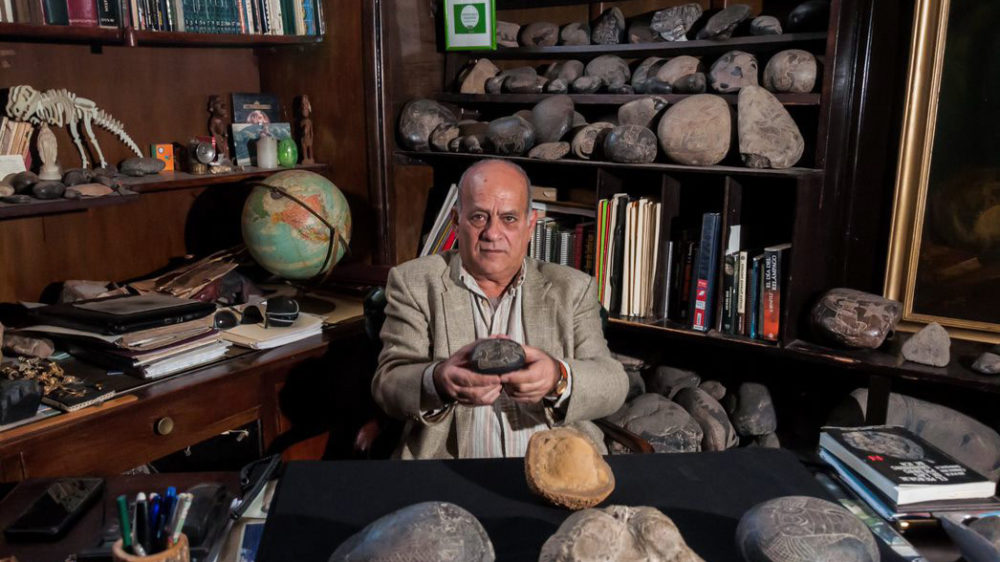 In the winter of 2020, we managed to visit the son of Javier Cabrera – Ernesto, who became the successor of his father’s work and the keeper of the secrets of the Ica stones. We made friends, got to talking and started translating the book «The Message of the Engraved Ica Stones» into Russian. Today the translation is ready, and we are waiting for the permission of Mr. Ernesto Cabrera to publish it in Russian.

We told him a lot about our museums, and at parting this venerable signor presented us with one of the copies of the first stone from his father’s collection. It was made to made an experiment to establish the engraving technique and the tools used. As a result, it was established that a fairly advanced technology was used to apply complex drawings (both for marking and for drawing images). Numerous attempts to reproduce the image with the usual tools used in working with stone in our time have not yielded the same result. 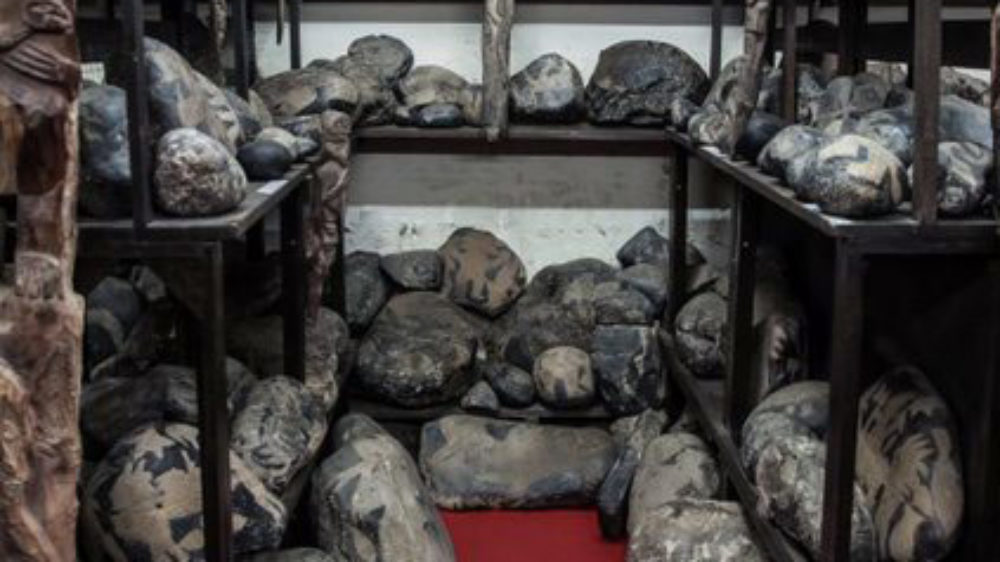 This artificial copy clearly shows a drawing of an ancient fish of an extinct species. The original stone itself is in the personal collection of Signor Ernesto Cabrera – he cherishes ​​it above all else, because it is the very first stone from his father’s collection. He received it as a birthday present and became so interested in it that he devoted the rest of his life to collecting such stones. 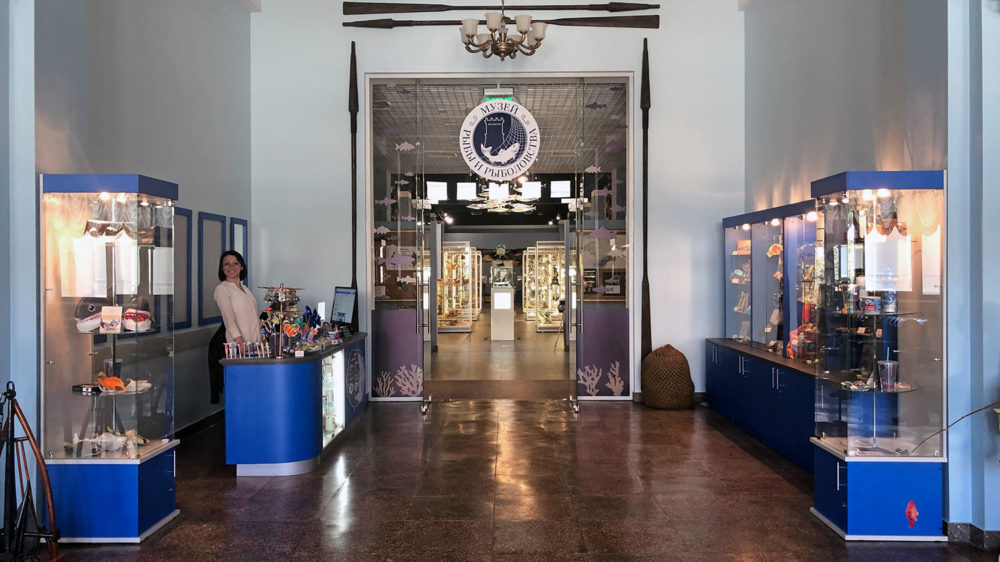 We sended this gift from Ernesto Cabrera to the collection of our friends from the Museum of Fish and Fisheries in the city of Feodosia (Republic of Crimea). We are very pleased to know that in the vast world, two Museums have met so unexpectedly – the Science Museum of Javier Cabrera and the Museum of Fish and Fisheries. We wish Signor Ernesto prosperity and success in his project to reorganize the Museum and open its virtual version, which he is currently working on. We also invite you to visit our ecolodge Cordillera Escalera in the vicinity of the Peruvian city of Tarapoto. Our staff speaks English, Spanish and Russian and is ready to introduce you to one of the most interesting countries in the world! 😊