Amazing things happen in nature and watching them, you can get a lot of positive emotions consisting of positive atoms and molecules of admiration. An unusual story happened in our Ecologe «Cordillera Escalera», which we intend to share. New original pets have settled on the territory of the center and they are driven by a sense of affection or even love. And it all happened like this… 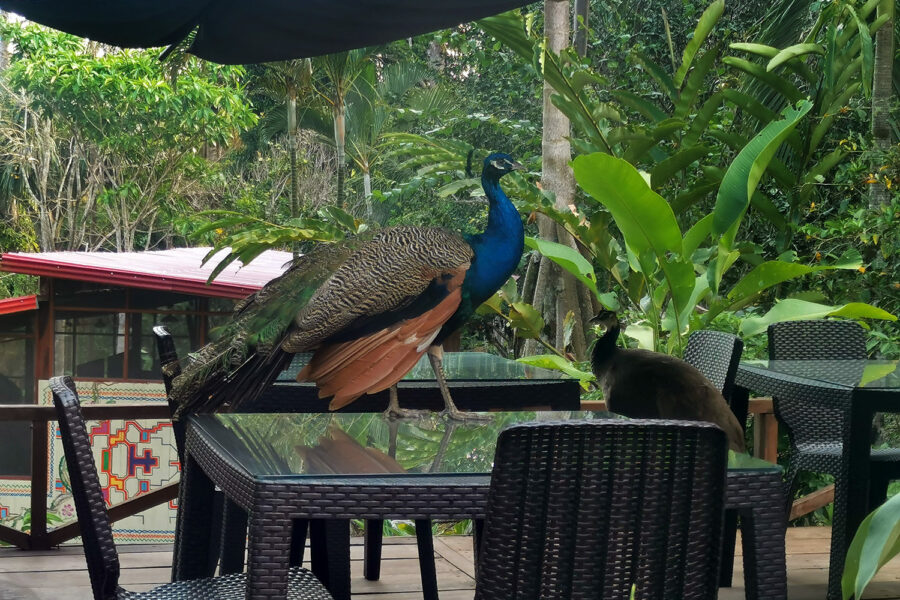 Our neighbor, the owner of the Tarapoto «Orchid Garden», Walter Hildebrant, bought a couple of years ago several guinea fowls (Latin Numida meleagris) or, as they say in Peru, Guinea hens. These birds bred, and we did not have time to notice how a couple of dozen troublesome creatures were already running around the territory. After a while, everyone realized that they were free birds and did not see obstacles in front of them. Freedom was so lacking that the birds began to fly over the fence into the territory of the Ecologe. But everything would be fine, until there was an acquaintance with a couple of our young peacocks! 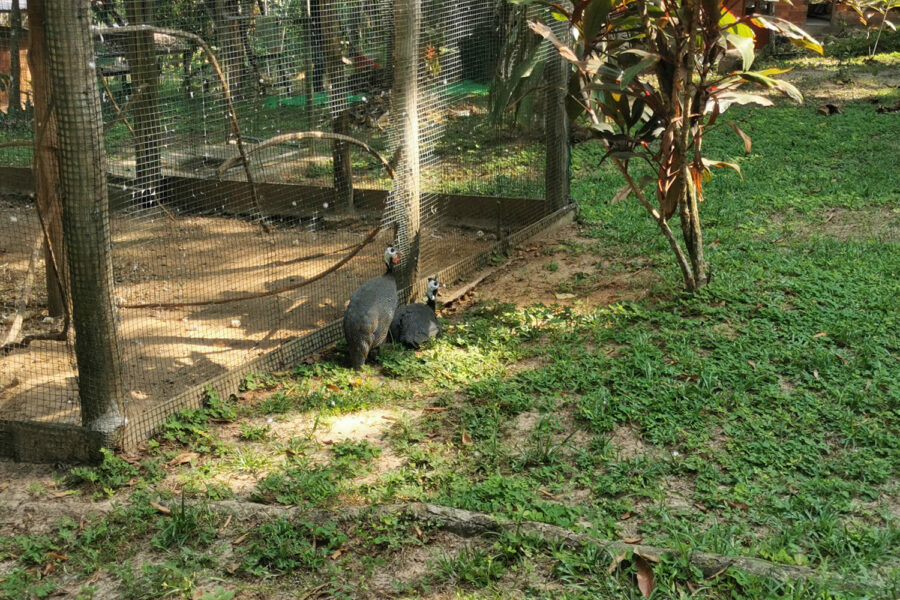 The visits became more frequent and longer, and then the staff noticed at all: a couple of Guinea chickens finally fell in love and decided to stay! In the evenings, when the peacocks were locked in the pen, guinea fowls came to the door and spent the night nearby. After two months of such communication and futile attempts to escort the guests out, one thing became clear, the feelings are so strong that the Guinean will not return home. Don Walter had nothing left to do but take a small compensation and accept the fact that guinea fowls now live in Ecologe. 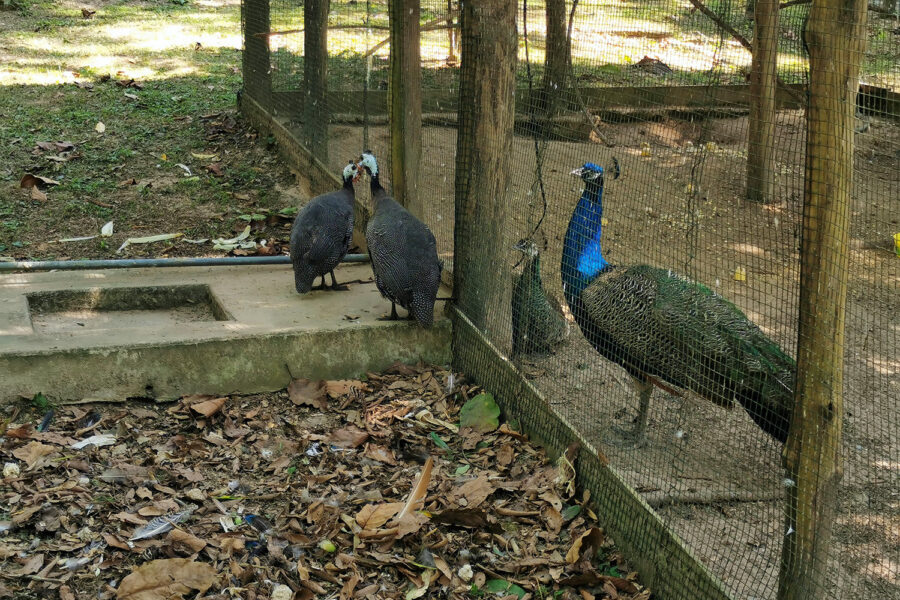 And what do we know about these colorful birds? It turns out that they come from Africa, to be more precise, from the areas south of the Sahara Desert. Studies have shown that the domestication of guinea fowl occurred more than 5,000 years ago! Due to their ability to adapt to various climatic conditions and unpretentiousness, today birds have taken root in Europe, South and North America and the Caribbean. In different parts of the globe, they are known by the names — koketa, kokena, Lebanese chicken, gayineta. 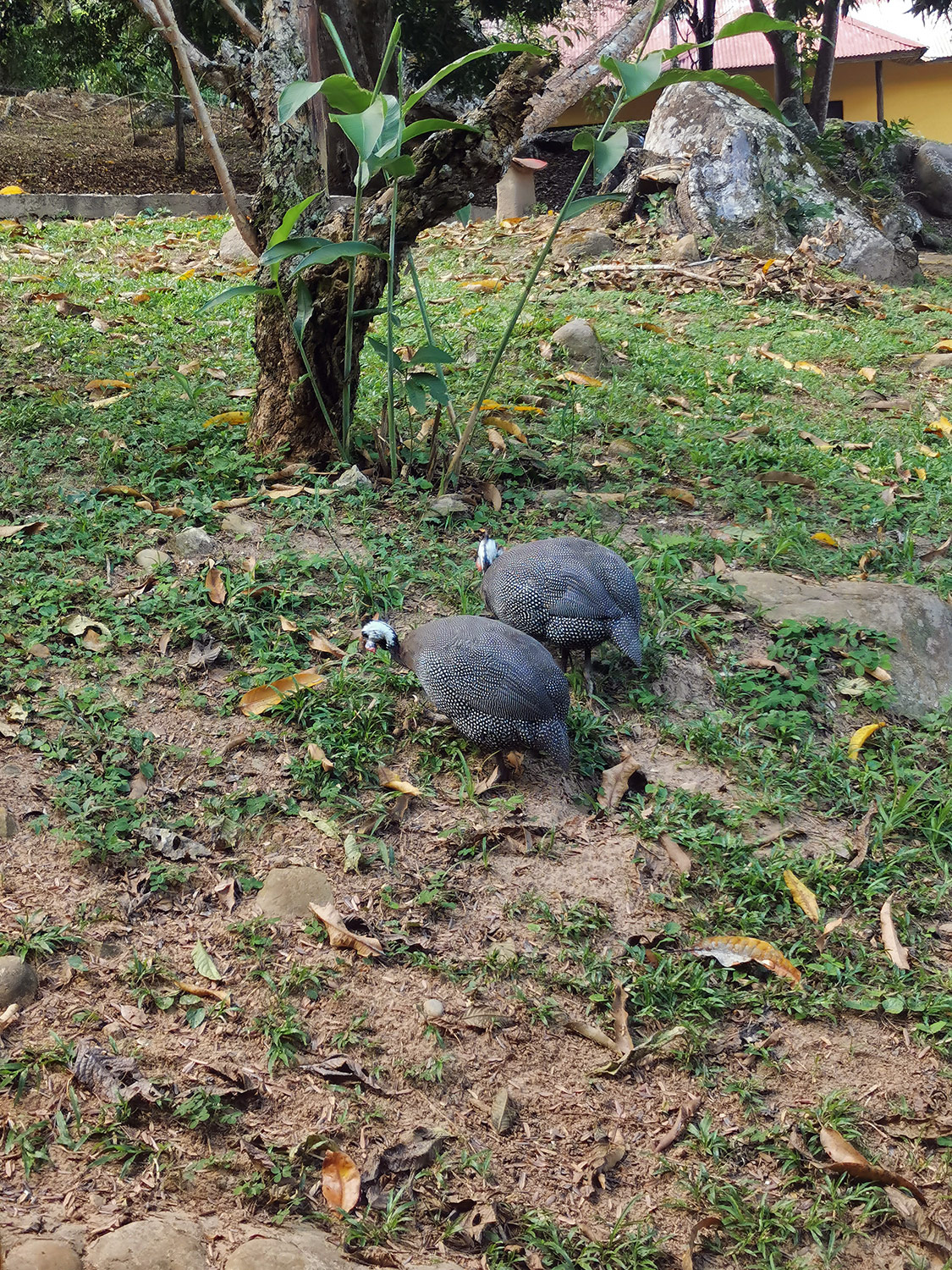 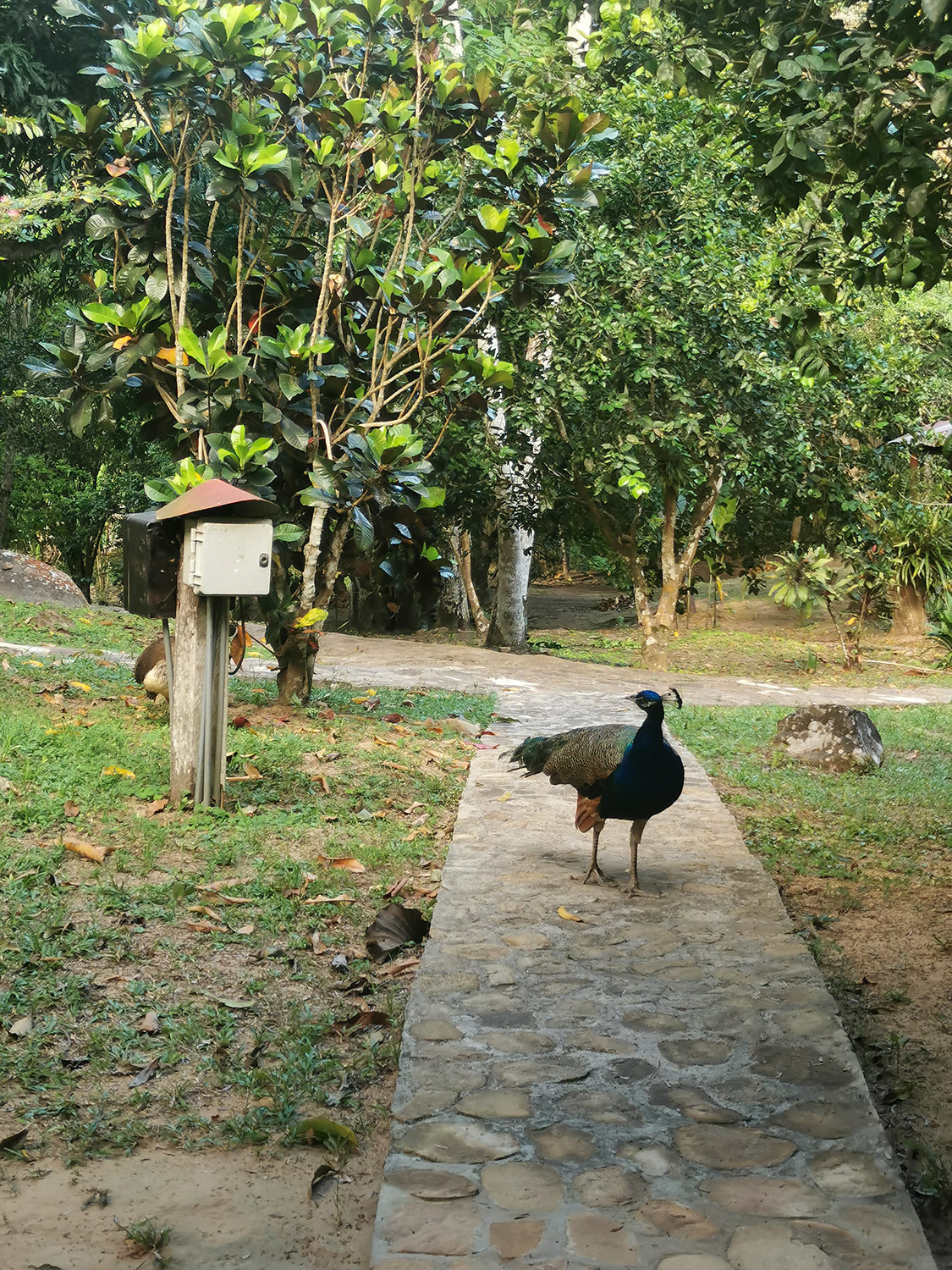 Guinea fowls are excellent guards, or as they say in Peru, «natural sirens». As soon as the birds see an unfamiliar person or a dangerous predator, the whole flock begins to scream shrilly, which more than once helped the guards to find out about the appearance of unwanted guests on the territory. In addition, they are very brave birds and in many cases, seeing a stranger, rush to defend the territory. They say that they are not afraid of snakes and this helps to clean the territory from reptiles scaly.

Guineas fowls are very interesting, friendly birds and they are often kept as pets. They liked the Ecologe «Cordillera Escalera», and we gladly accepted them. Come visit us and get acquainted with all the variety of Amazonian flora and fauna, as well as the species that have taken root here.