On January 7, 2022, on the territory of the nature and recreation park «Chakruna», which is part of the territory of the Ecolodge «Cordillera Escalera», a gigantic creature shrouded in many legends and beliefs settled — Anaconda. The four-meter sculpture is located on a huge stone separating the territory of the park from the Shilkayo River. This work was done by local sculptor Beringh Oliviera, the process of making the «snake monument» took more than two months. The main material is decorative concrete, inside is a metal frame, outside is a paint coating, it is in this technique that most of the local «monuments» are realized in numerous Indian settlements. 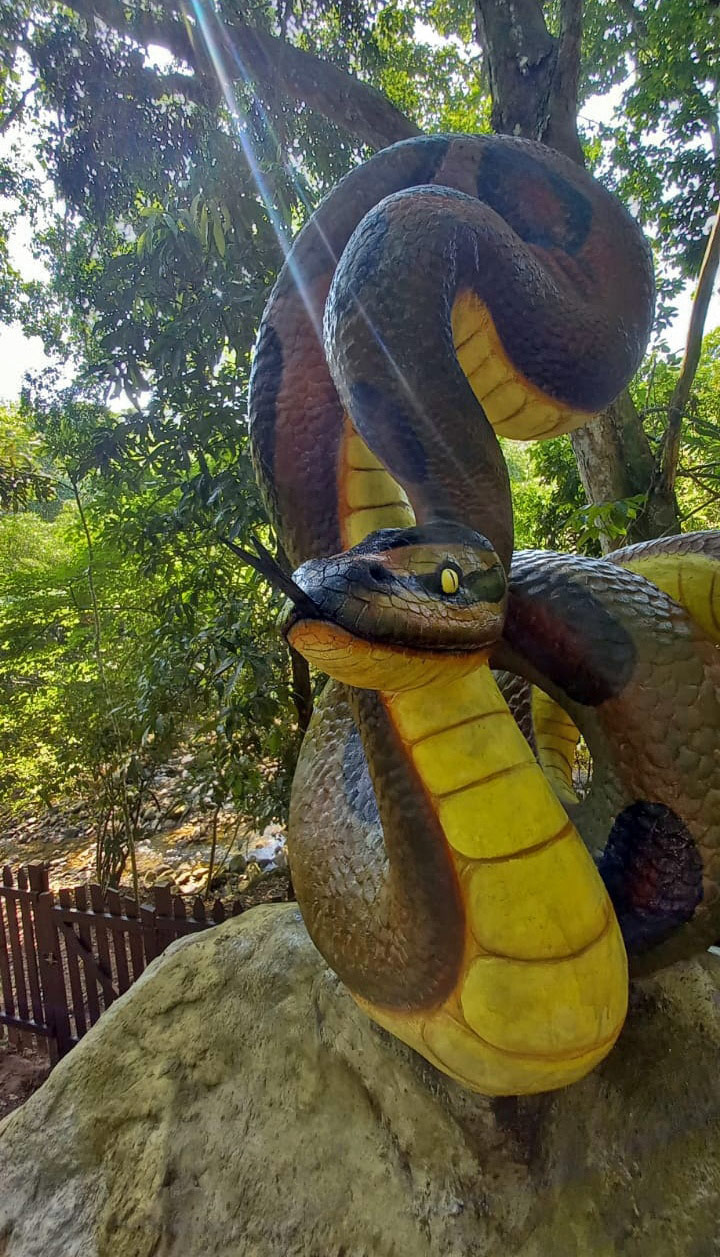 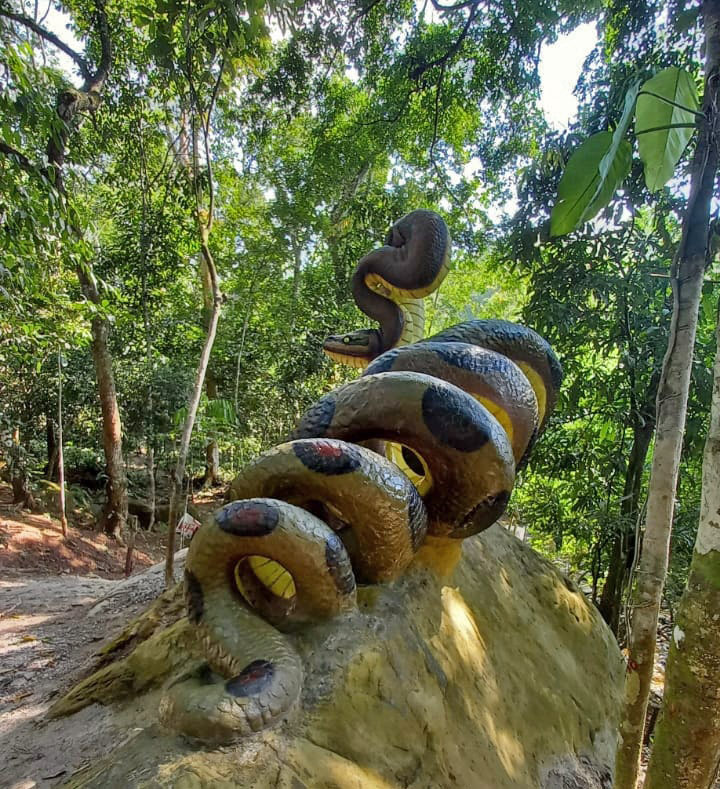 The Anaconda is one of the symbols of the Amazonian forests, its spirit, patron and deity, to which local shamans have since ancient times addressed. According to Inca traditions, the Goddess of the Earth Pacha Mama turns into an anaconda when she wants to show herself to people, and in Amazonian tribes it is with this reptile that the image of the spirit of Ayahuasca is associated. 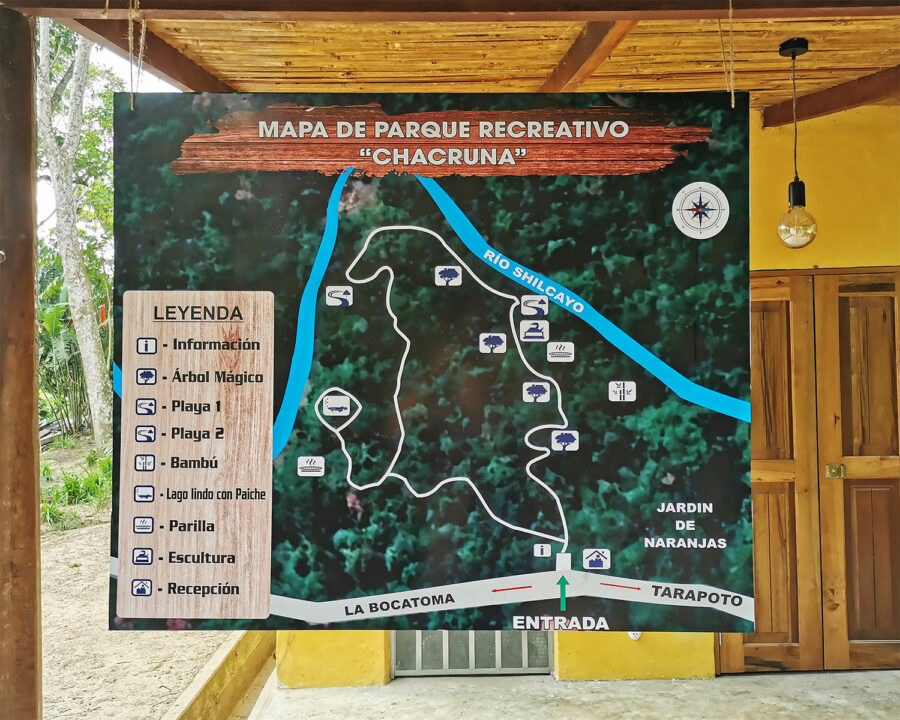 The sculpture of anaconda has decorated a tourist route through the park «Chakruna», which begins at the entrance to our Ecolodge and is available to both Hotel guests (free) and visitors from the outside. A huge snake settled next to a well-maintained descent to the Shiklayo River, where there are also special places for swimming, a grill area, a pond with unique Amazonian paichi fish, sacred giant trees Oje and Huairuro, a bamboo grove and other natural beauties. 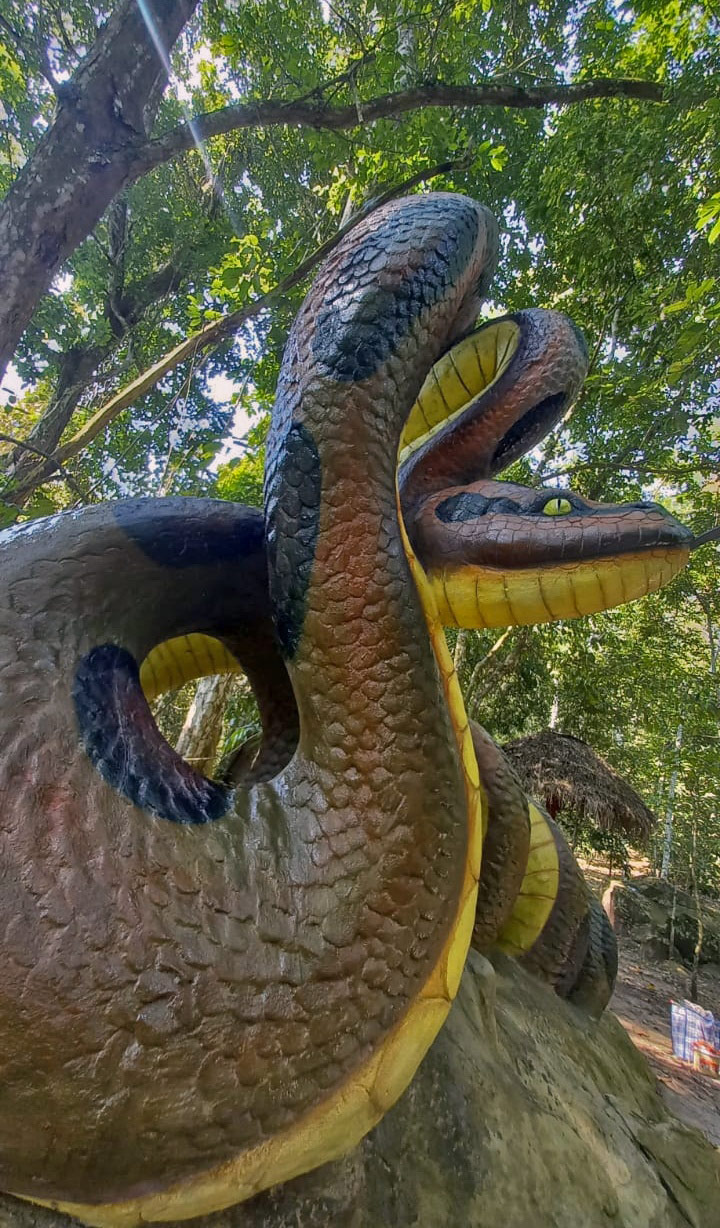 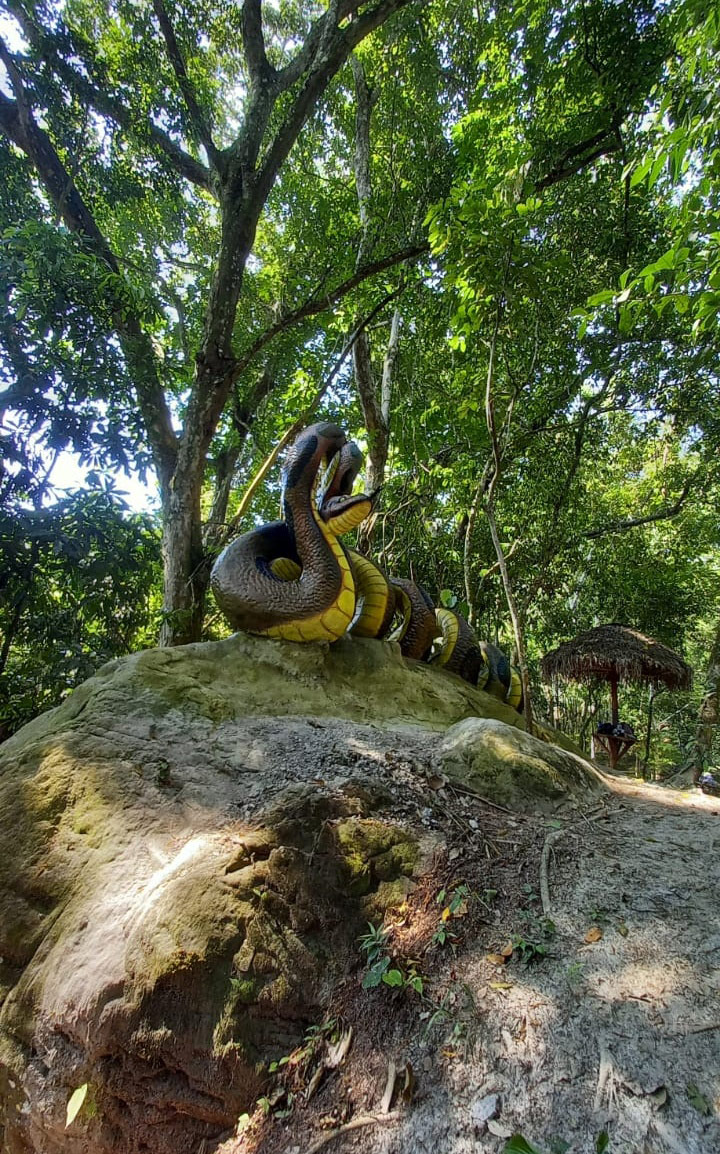 In the coming months, new points of attention and recreational areas will appear on the route, in other words, welcome to the hospitable jungles of the Chakruna Nature and Recreation Park!