A shaman without cushma is like a cobbler without shoes

The sculptures of shamans for the photozone in the Ayahuasca Museum, which we talked about earlier, have finally arrived from the Sacred Valley in Tarapoto and settled in our Museum! They look so realistic that our ecolodge`s staff, who comes into the hall for cleaning and decorating the exposition, shudders and tries to say hello :)! 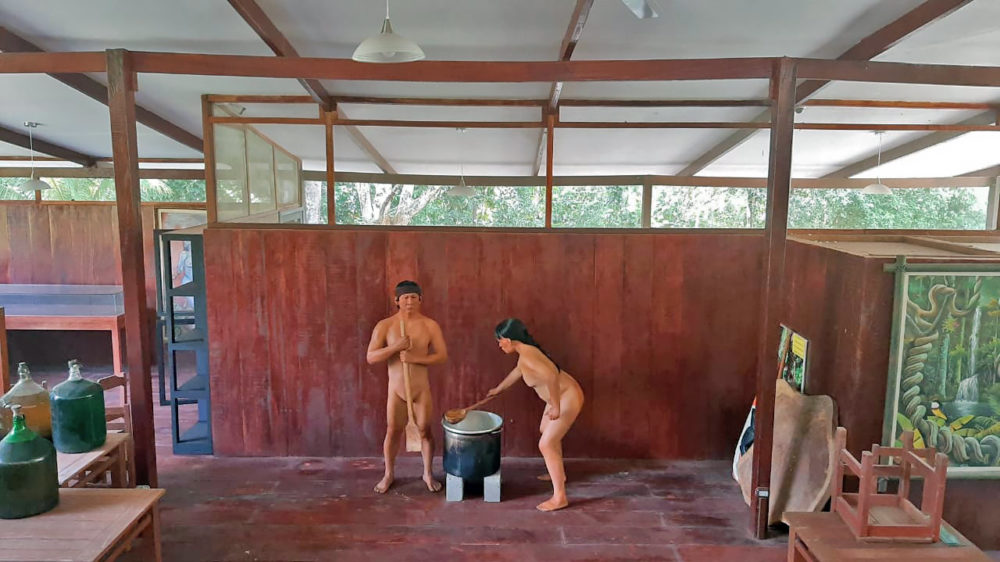 Look after your cushma, when it’s spick and span

While our sculptures were travelling through all of Peru from south to north, we were searching for authentic outfits for them. This search led us to the region of the Peruvian Amazon – Ucayali, located at the mouth of the river of the same name. There are many settlements of the Shipibo-Сonibo and Ashaninka indigenous peoples. They are the main keepers of the culture of Amazonian shamanism and still preserve the ancient ways of making clothes and jewelry.

The traditional dress of local residents has long been cushma (Ship. coshma) – a tunic made of a single cotton piece. This is a very practical and loose fitting garment, that allows you to withstand the heat. Cushma is widespread among such Indian peoples of the Peruvian Amazon as Ashaninka, who speak the languages of the Arawak family. Representatives of the Shipibo peoples living next to these tribes also use cushma, although they belong to the language family Pano. It is important to know that cushma is not just clothing: its main function is to protect not so much from possible physical influences as from possible energy attacks. 🙂 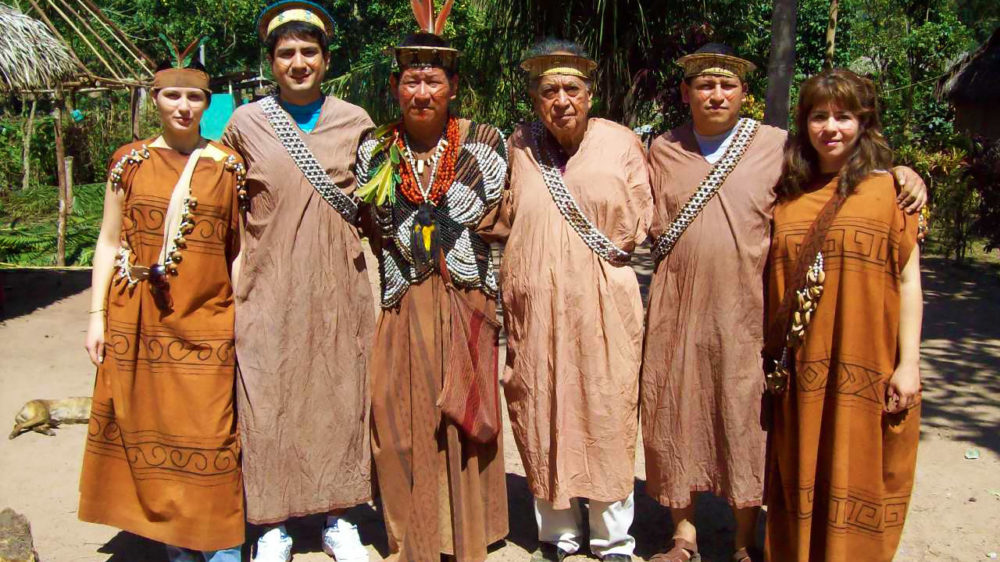 In ancient times, among the Ashaninka people, both men and women wore cushma. The male version has a V-shaped neckline, while the female version usually has a semicircular neckline. By the colors and characteristic patterns of this garment, one can determine which tribe its owner belongs to. Usually a man had two cushmas in his wardrobe – for work (short one) and for sleep and holidays (long one). According to tradition, such clothes could be presented as a gift or exchanged as a sign of appreciation and good relations. 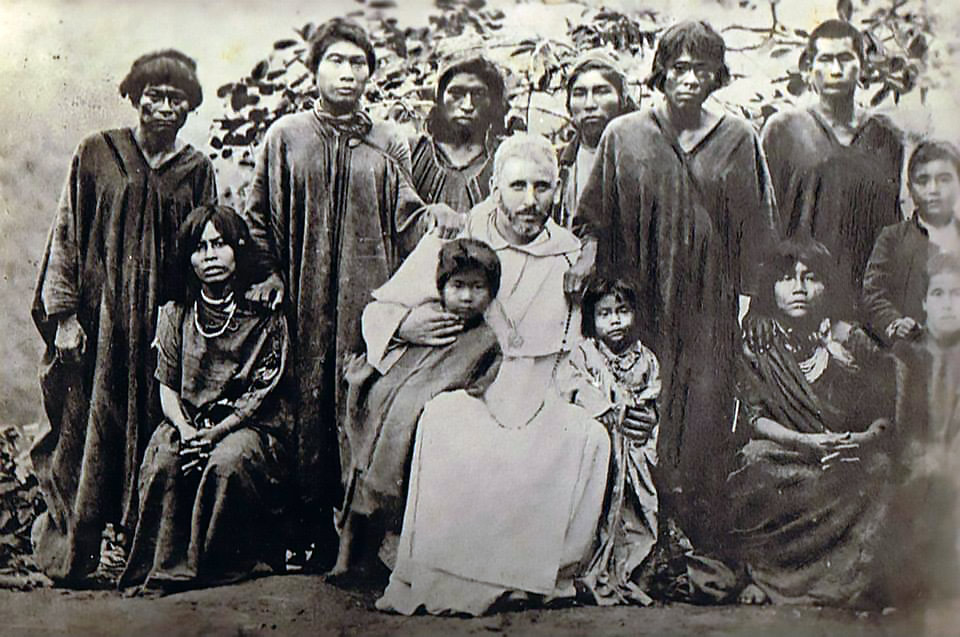 The cloth for cushma is made by hand, after which decorative elements are embroidered or painted with natural dyes (there was practically no embroidery before, but drawing was widely practiced). Therefore, making a good cushma is a laborious and lengthy process (up to 3-6 months). The cotton cloth, from which this practical dress is made, deserves special attention.

Tradition that lasts through millenia

The first Spaniards to arrive in what is now Peru found that many local tribes cultivated cotton and weaved clothing from it. Later, in the course of research and archaeological excavations in the coastal areas of Peru and Ecuador, scientists found out that the tradition of making clothes from cotton goes back at least 4,500 years in South America. Archaeological excavations of ancient settlements such as Huaca Prieta and Ancon (2500 BC) have found the remains of capsules and cotton clothes with intermediate domestication characteristics. Between 2500 and 1800 BC. the characteristics of domesticated cotton have changed significantly. Fiber performance has improved, a variety of different fiber colors have emerged. 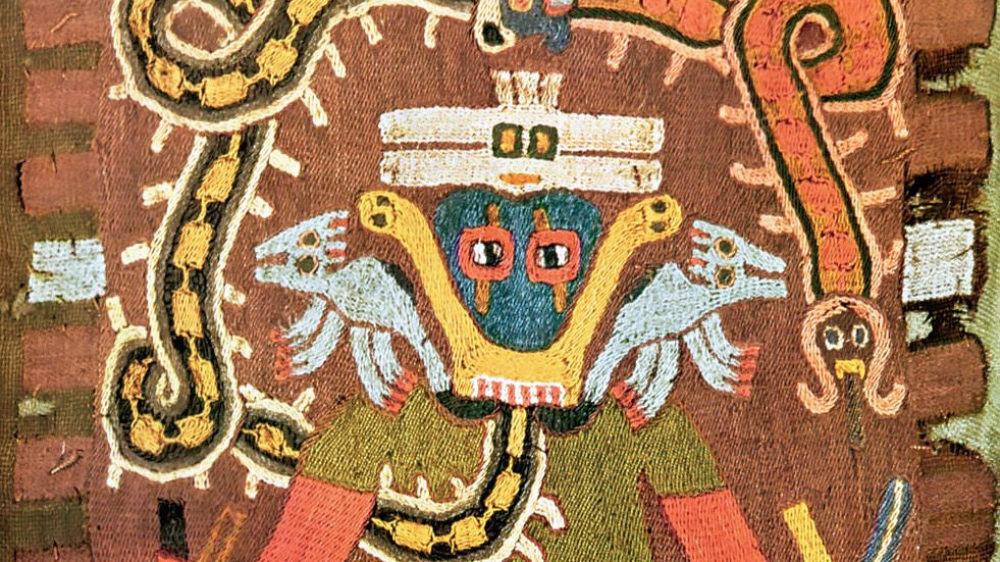 Quality cotton products have been discovered during archaeological excavations in cities of ancient pre-Columbian cultures, such as Mochica (1st century AD), Paracas (700 BC) and Caral (3000 BC). The craftsmen of the Paracas culture achieved special skill in weaving, whose works have survived to this day and have retained almost their original colors. Some scholars date the earliest finds of cotton products in the Guitarrero Cave in the Peruvian department of Ancash to 8000 BC. Usually cotton was grown by the peoples, living in the upper reaches of the rivers, and they exchanged products made from it with the inhabitants of coastal villages for fish.

The Peruvian cotton is also known as Barbados cotton (Latin Gossypium barbadense). Over time, thanks to European colonists, it spread to many countries around the world. In some regions of Peru, multicolored cotton is still grown in cream, light brown, dark brown, reddish brown and lilac shades. In 2008, the Peruvian parliament passed a law declaring colored cotton to be the ethnic, genetic and cultural heritage of the nation. 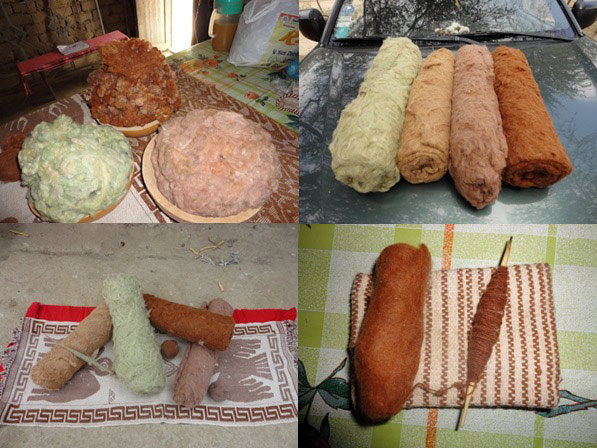 The Gossypium barbadense has yellow flowers and black seeds and unusually long, silky fibers. This plant requires a lot of sun and high humidity – these are the conditions that the rainforests of the Amazon provide. This cotton is also known as Pima, after an Indian tribe that helped American farmers cultivate it in the Arizona desert in the 1900s. Today, Pima cotton is cultivated not only in Peru and the southwestern United States, but also in Egypt and Israel.

Pima is superior in quality to other species of cotton, as it has good absorbent properties (quickly absorbs water), great strength and softness. However, due to the increased moisture absorption, stains are more easily formed on it. This type of cotton, which has a relatively high price, is used mainly for children’s clothing, underwear and high-quality bedding.

Unfortunately, in recent years the Peruvian tradition of using natural cotton colored with natural dyes to create cushma is gradually disappearing. Increasingly, Indians are using industrially manufactured fabrics and dyes. However, even now in the Amazon you can find small cotton plantations, which are planted by local residents for making clothes “the old fashioned way”, when cotton is picked and spun by hand. 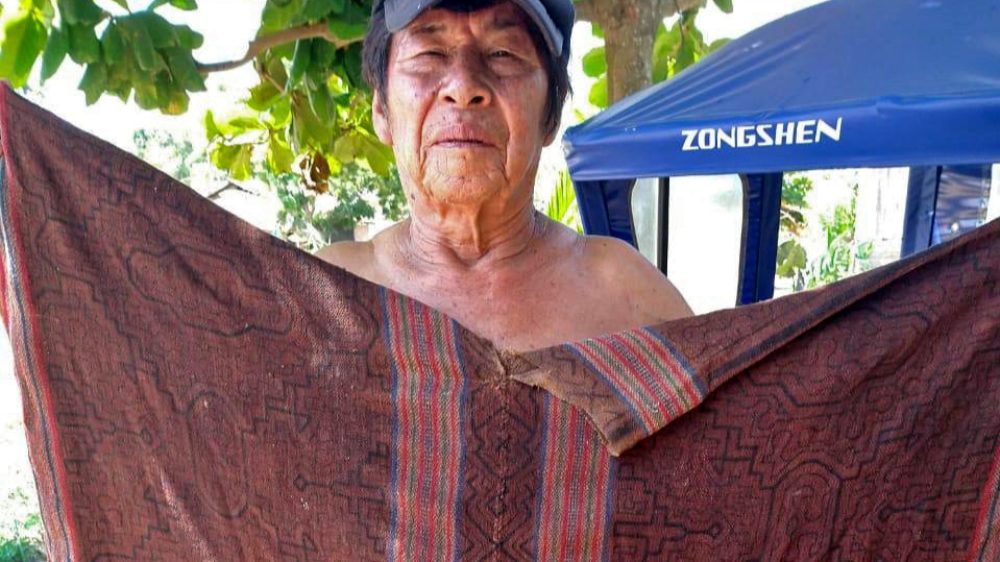 In any case, these days traditional cushma is no longer used daily and has become more of an attribute of holidays and ceremonies. On the other hand, garments created from natural cotton from the Peruvian Amazon in accordance with all historical traditions are very popular among adherents of eco-goods and are sold all over the world through specialized online stores.

We acquired a true cushma for the sculpture of the photozone in the Ayahuasca Museum from a famous shaman from the Maya clan. According to the locals, the shaman’s outfit, which has gone through more than one ceremony, is charged with the energy of its owner. Therefore, our Museum`s photozone will also provide this energy!